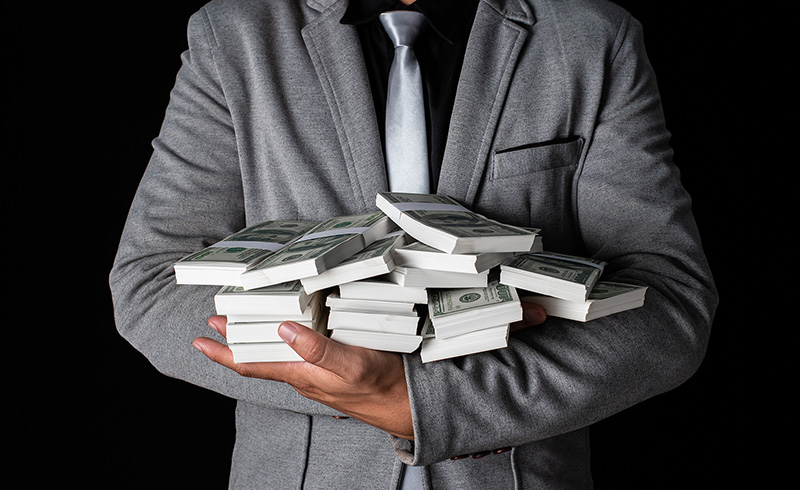 A few months ago, this newsletter claimed that Bill Gates was responsible for making the world ever so complicated. More specifically, that his contribution to the personal computer and its henchman, the personal printer, has made it too easy to spew out words and gum up good thinking.

But maybe the real culprit is Gate's original partner in the founding of Microsoft in 1975, a fellow by the name of Paul Allen.

With Bill Gates as frontman, Paul Allen stayed quietly in the background. He was older than Gates, and based on accepted accounts, far less flamboyant and definitely far less confrontational.

After receiving a Hodgkins Lymphoma diagnosis in 1983 and leaving Microsoft, he went on to found dozens of businesses - like Vulcan Real Estate, Stratolaunch Systems, Ticketmaster, Charer Communications, and the Allen Brain Institute. He funded the Institute for Artificial Intelligence, as well as Ebola research. His other interests included the Museum of Pop Culture, the Flying Heritage Collection and the Seattle Art Fair.

But it was in sports that Allen was most visible to the public and where we in the lodging industry might learn our biggest lessons. Allen died in 2018 of that dreaded disease, but there is still much to be appreciated about him.

After all, if we can’t learn from a guy who amassed 20 billion dollars and gave away (so far) 2 billion, who can we learn from?

Was Paul Allen a genius because he took up the study of computers early in his life or because he studied people and how to get things done?

Among all his projects, a single thread is visible if you look. He founded and funded many things. He set the goals and mission, then hired the very best staff and leaders he could find. (So far so good.)

And then he did the uncommon thing - he got out of the way - and let the leaders lead.

He bought the Portland Trailblazers professional basketball team, hired away Seattle's genius general manager and installed a coach. But he never choose the players, never consulted the coach on strategy, and never screamed at referees. But he could have.

As an investor in the Seattle Sounders Football Club (Soccer), he hired staff. Players were recruited and coaches picked. He had never played soccer, did not direct the practices, nor raise hell when they lost. But he could have.

After industry leaders, government officials and hundreds of thousands of fans urged him to buy the Seattle Seahawks professional football team, so it would not move out of the region, he relented, shelled out 194 million dollars. He inherited then coach Mike Holmgren and kept his hands off the team.

Current coach Pete Carroll said, never "in a million years" would he have left USC had it not been for the Seattle Seahawks owner's pitch, saying things Carroll hadn't heard from any other NFL owner. He wanted to hire Pete and then leave Pete alone. The result was winning the 2014 Super Bowl.

So what can we in the hospitality industry glean from how Paul Allen did things?

In lodging management, like other service industries, some property owners just can't keep their thumbs out of the soup, even though none of them have any experience, expertise or leadership in dealing with consumers as guests.

They have stayed in vacation rental homes, so surely they know everything there is to know. These are the same folks who want to open a restaurant because they dine out often.

There are no easy industries. Every job is far harder than it looks. Careers require thousands of hours of study and intensity to master. Lodging management does. Properties can be cantankerous. Guests can be mischievous and working every day of the year can be taxing. There are a thousands tips, techniques and tricks to making every property successful.

That is why property owners who pick proven managers and then let them manage get extra attention, the most money and the very best results.

Paul Allen fell in love with the guitar at the age of 16, after hearing Jimi Hendrix on the radio. In an interview with Vulture Magazine, Quincy Jones commented that Microsoft cofounder Paul Allen can sing and play guitar "just like" rock legend Jimi Hendrix.

A musician friend who occasionally played in a local band with Paul Allen, when asked "How good is Paul as a guitarist?" laughed and said, "He plays guitar like a good computer programmer. But it's always a fun gig because he plays great and lets everyone else shine." Smart guy, eh?

Sponsor: Vortex Organization – We train quality people to help run unique Inns, Resorts and Vacation Rental Management companies, in an industry that has been a webby net of technology combined with good old fashioned property, guest and owner services. – VortexManagers.com